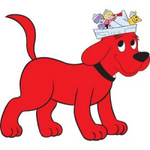 You edit the page, switch to souce mode, scroll all the way down and delete the category link.

A warning is a warning. It doesn't matter if the user has sysop abilities or not. If you are being asked not to do something, for a valid reason, then you shouldn't continue to do it, no matter whether the user is able to potentially block you or not. I also don't appreciate your approach to the matter, with your comment: "I don't recall you having sysop abilities, so threats are only humiliating you." You shouldn't be choosing to listen to the people only with sysop abilities - All editors are equal and so are there warnings. So, please do not continue to add unless categories to pages that don't require them. If you do continue and ignore this warning, you may be blocked. Thanks,

Yes Red Dog, all editors are equal, it isn't just something that MinigameGod says, it is a Wikipedia-wide policy. All editors have the same value, whether they are B'crats or unregistered users. What you don't understand about this policy is that it does not mean you can do whatever you want, it means that if you do something incorrectly or vandalize, you are held accountable for your actions regardless of your "rank" on the Wiki. Lasty, if you don't like or appreciate what is going on or you disagree with someone, tell them politely; for example, if you don't like how we don't have a featured clan, then suggest a clan that you think would appropriately fill the position. In short, don't resort to degrading comments to get a point accross, if you explain your position politely people will be more inclined to listen. Cheers,

The road back up is long and trecherous; if you really want people to trust you once again, I suggest you start by apologizing to everyone who you've offended. Also, thanks for listening. Cheers,

Wiki staff does not get involved in intra-Wiki disputes; if anything, the staff member will tell your to deal with this problem yourself or alert an admin if the user is causing a disruption. Thanks,

Hi, Can I get you to have a look at this page and contribute your ideas to the suggestion made. Thank you,

Do you realise that Host JD made the suggestion and you are supporting the person you hate XD lol. Have a nice day. Azorrez 07:29, August 16, 2011 (UTC)

Personal attacks on users is a bannable offence. Please review the link provided above before you continue to treat other users with disrespect. All users should be treated respecfully even if you disagree with them. Also, everyone is entitled to their own opinions; I, personally, do not appreciate being considered as a part of a "gang-banging trio" and I'm sure the others mentioned in your statement do not apreciate being called such either. This is not a threat, I am simply saying that you should be more respectful to other members of the community, because in the end a Wikipedia Project's success is determined by the members of its community. Cheers,

What does that have to do with respecting other users?

I use this magical thing called an iPhone.

I'm sorry for the "glorification of Hurricane Irene." = P

I was just looking back at certain archives and arguments I was involved in. I know it was a long long time ago but I'd like to say I'm sorry for all the crap that I was stirring up. When I see the messages I see how immature and whiny I was. You probably don't even remember me but whatever, sending this message felt appropriate.

By the way its Silvabane :)

Such is irony, haha. I apologize as there were some unfortunate occurances which prevented me from replying but I have replied now. Azorrez Talk - Clan 02:21, December 26, 2011 (UTC)

I'm not mad or anything, but I'd ask that you not edit my clan page without my permission. I'm pretty sure I decide when my clan is dead. Though I do wholeheartedly apologize if it seemed that way. I haven't had a computer up until a few months ago. Lord Rapter, that one dude, the walking non-sequitur 13:58, January 22, 2012 (UTC)

Retrieved from "https://runescapeclans.fandom.com/wiki/User_talk:Red_Dog31?oldid=61377"
Community content is available under CC-BY-SA unless otherwise noted.