Dead Clan
This clan has fallen.

Clan Zibens is a clan of fighters of others, but also of themselves. Inter-clan conflict is one of the things that sets us apart from the others, the reason we are different even. We are also a member of the Dark Empire meaning we have frequent inter-union battles. Keeping us not only connected to our allies but allowing us to really interact. Our two Holy Guilds allow others to meat up with people interested in the same gods more easily and for more easily handled public meetings. Our main leader Dark Arc is constantly patrolling not only our clan page but many others. Our website is one of the most advanced of any clan's site. It features chat, forums, images, videos, and much much more. if your interested in joining just go to our Wiki forum or website.

There are a variety of things you can do to get points. Please see the Points Table for more information.

The Clan started out as a merge between Amanecer and Knight Mare eventually though the leader of Amanecer scrapped the project. Still optimistic Dark Arc wanted to make the clan a reality. The original name for the Project was "God Wars" but, Dark Arc found this name lacking, and he changed it to the current name Zibens.

Dark Arc at this time realized this would take a lot of work and even though the clan's work had begun as early as the middle of January the clan no longer a project was announced as a reality for the first time and was set for a release date of March 2, 2011.

Dark Arc later moves this back to April 12th. This was caused when wind of the clan updates hit Dark. A layout for recruitment has beeen setup, and may chsnge as times go on. 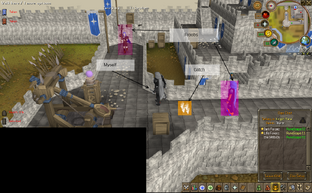 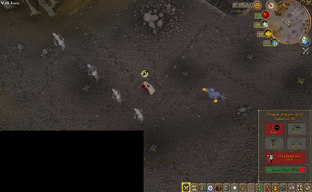 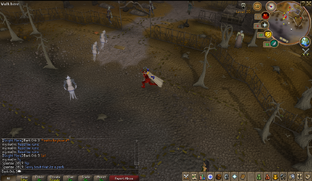 Retrieved from "https://runescapeclans.fandom.com/wiki/Clan:Zibens?oldid=60171"
Community content is available under CC-BY-SA unless otherwise noted.