The Clan Spongeman484 was made so the player Spongeman484 could learn how to interact with other players all over the world; somewhat like all other clans are made for. If you have any problems feel free to contact us either by email (spongeman213@gmail.com), onSpongeman484's talk page, or on the website www.spongeman484.webs.com. The clan is currently needing many positions filled and are open to volunteers, but you must submit a paragraph or two explaining what you would do in that role.

This is our team motto:

*"When the Time Arises, We Prove Our Worth."

This changes every 2 months so a new one should arrive in July. 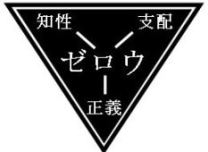 If you have just joined the clan, or are thinking about joining it, I want you to know that you'll be marked as a smiley, or ally.

This is only until I know I can trust you.

The pictures above are not the clans actual stats. So here our are real combat levels:

And those are most of the people that join the clan on an everyday basis. Sometimes though, we do have at least 20 people.

Every so often, I rally up all the members of the clan and we take a vote. This votes is based upon who has made the most jokes in the clan,

we like to call him or her, the "Clan Clown."

Right now, the Clan Clown is Templar8767. But it could be you if you joined.

Many people have asked me what type or form of government we in the clan use. Now I don't disagree with any type of government,but we

are mostly a democracy that tries to find what the people want and apply that to what we do. Right now, we don't have an army,so we are

feeble on the offense side of a possible war. But hopefully, with the help of The Ultimate Triumvirate which we have recently allied with, that

will give us just the edge we need in Spongeman484. Although we do not particularly encourage war, we find necessary that when people

pick a fight with us, we end it. Our current motto express how we feel quite splendedly if I don't explain it well. You see,we work in a triangu-

lar method like our allies do. You can see a picture of that method on the right. We work and base our clan around the three basics of life which

are as follows: Eternity, Peace, and Faith. Along with that, we have a ceremony that we perform the first Monday of every month. We call this,

"Honoring the Fallen," and what we do is we get all the members of the clan to log on, and celebrate and remember

When you join this clan, most if not all of you on sight will be put as a Recruit or Corporal.

Retrieved from "https://runescapeclans.fandom.com/wiki/Clan:Spongeman484?oldid=30550"
Community content is available under CC-BY-SA unless otherwise noted.